Since their creation in 1944 as part of the Servicemen’s Readjustment Act, VA home loans have become one of the most significant benefits of serving in the military. Adding it to the long list of benefits serving in our nation’s military offers, including the GI Bill and skills in leadership, discipline, and determination. VA home loans’ great benefits come from constant updates made since their original iteration in 1944. Some of the most significant updates took place in 1970 and 1992.

The 1970 update came from the Veteran Housing Act, which was signed into law by President Richard Nixon and removed termination dates meaning that Veterans were not subject to a two-year time limit to take advantage of their benefits. The 1992 update was the signing of the Veteran Home Loan Program Amendments signed into law by President George H. W. Bush. It expanded VA benefits to members of the National Guard and reserves.

These updates to VA home loan benefits were significant for current and former military members and have resulted in VA loans becoming the premier government-guaranteed loans. However, the latest update, with the signing of the Bluewater Navy Vietnam Veterans Act on June 25th, 2019, might be the most significant step in making these loans the best loans available.

Signed into law by President Donald Trump, the act sought to expand the long-overdue medical benefits for Vietnam War Veterans exposed to dangerous chemicals, including Agent Orange, during their deployment. In addition to this much-needed update to veterans’ medical benefits, the law also changed the VA funding fee and the county limits. 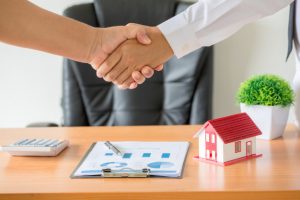 The new law increased the VA funding fee for Active Duty Service Members from 0.15% to 0.30%. While at the same time lowering it for members of the National Guard and military reservists. Additionally, Purple Heart recipients who are on active duty can now waive their funding fee entirely, as long as they close on their property while still on active duty.

Veterans who have a disability and were already exempt from paying their funding fee did not have their status changed and can continue not paying for the funding fee. All changes made to the new law’s funding fee will last until 2022 unless the current administration extends them.

The most significant change made to VA loans due to the law was removing VA county loan limits for first-time borrowers. This removal of loan limits means that Veterans can now buy a home in more affluent areas since there are no County loan limits like other government loans. The only requirement is that the applicant can make their monthly mortgage payments.

However, the removal of loan limits does not apply to borrowers with more than one active VA loan. These borrowers are still subject to loan limits on their second VA loan based on the County and its living cost. Thankfully, loan limits have also increased every year from an average of $484,350 in 2019 to $510,400 in 2020 and currently at $548,250 in 2021.

One more benefit from removing loan limits is that Native Americans who take out a loan to fund the building of a home on Federal Trust Land can now do so without the 2019 limit of $417,000 for their first VA loan.

VA home loans status as the premier government-backed home loans come directly due to continuing improvements to it. These improvements help solidify the government’s position supporting our brave current and former military members by helping them on their path toward homeownership.

Phil Georgiades is the CLS for VA Home Loan Centers, a government-sponsored brokerage specializing in VA loans. With more than 22 years of experience working in the Real Estate industry, Phil and his team of professionals can help you through your home buying needs. For more information about VA loans or submit a VA loan application, call us at (877) 432-5626.